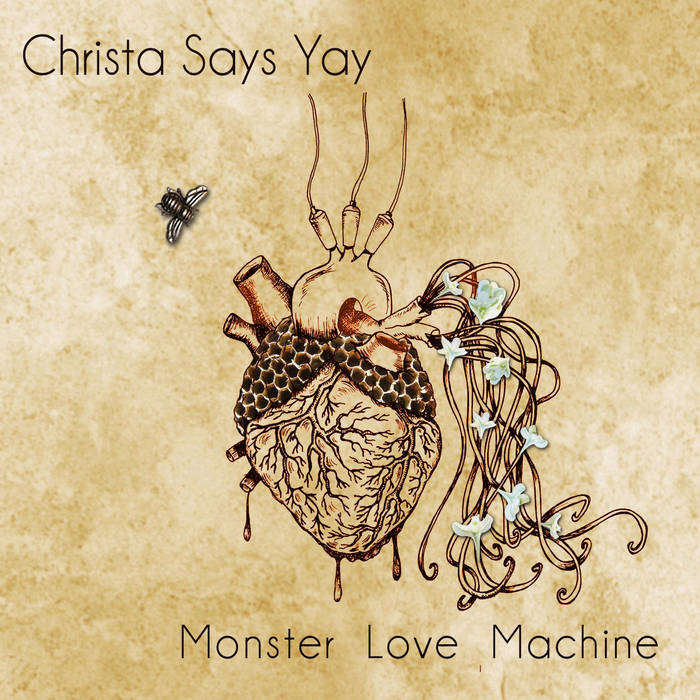 "..."Monster Love Machine", the latest release from the grooving, blues rock band Christa Says Yay is best served in a vintage Cadillac while driving an open desert road. Lucky for you, if you can't come by either of those, it will easily transport you there.

The trip starts out in a familiar, soulful territory. The band then gently delivers the listener to the title track with lyrics that sound familiar ("I don't want you/I don't want you/But I need you") yet exceptionally heart-wrenching as sung through Christa Kae Fischer's increasingly earnest voice that is packed with perfectly controlled power.

Her band's tasteful arrangements complement Fischer’s voice and songwriting with such ease it’s hard to tell who is influencing who.

Christa's voice reminds you of home, yet with the arrangement of "Desire", my personal favorite on the record, you can't help but think, "I haven't really heard anything quite like this before."

As the music plays on, it becomes apparent that CSY doesn't follow any predictable changes in energy. Short and sweet "Put That Record On" deserves a second spin before moving onto the remainder of the album that features memorable solos from lead guitarist, Jenny Pitzen, as well as fabulously lush harmonies..."

The Band:
Christa Kae: (Dagobah, Wileyeye, Dirty Nickel)
Christa writes the songs and lyrics, plays rhythm guitar. She is the front woman and driving force of this amazing project. See more above…

Austin Rood: (Gypsy Cab, Martian Finishing School)
Austin is an incredible and charismatic bass player. Not only does he compose his own delicious bass lines and play them like butter, but he also puts on his “keyboard hat” and played the Rhodes, Organ, Synth on some songs on the album.

Jenny Pitzen: (Gypsy Cab, Martian Finishing School)
Jenny is the talented lead guitarist who writes her own wicked licks, hooks, and complementary rhythm parts. She plays on the album and in the band with her blues/alternative rock style.

Rey Guajardo: (The Sun-Ups, The Break Up, The Heels)
Rey is the drummer on the album. He's a super-tight, diverse, and totally bad-ass professional drummer and we are so glad we had a chance to work with him.

"Christa has an amazingly powerful voice, and very pliable as well. She could, and should, be one of the greats; you really have to hear her to believe her..."
~ David Bash

Bandcamp Daily  your guide to the world of Bandcamp